The cyclic corrosion test VDA 621-415 (Werband der automovil Industrie) is a highly recognized test, which is used to study the effects of corrosion on materials. This essay has its origin in the German automotive industry.

In our case, we performed a VDA corrosion test of 4 cycles (4 weeks), on pieces in different materials and coatings, to study the resistance capacity offered by each piece. It is important to emphasize that in this test, the pieces were used without applying any effort and, therefore, that gives us information about the material or coating free of the influence of stress and /or fatigue. 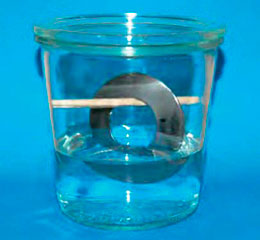 With the intention of giving a broader view, we have made two additional tests different from the VDA, which allow us to compare the resistance of the pieces, with other types of corrosive agents. To do this we have submerged pieces of the same materials and coatings in a solution of 3% sodium chloride NaCl and 40% magnesium chloride MgCl2 solution. The duration of the tests was the same, 4 weeks and they were carried out at room temperature.

In the following table we can see the result of the VDA test and its comparison with the two immersion tests in the two solutions previously commented. 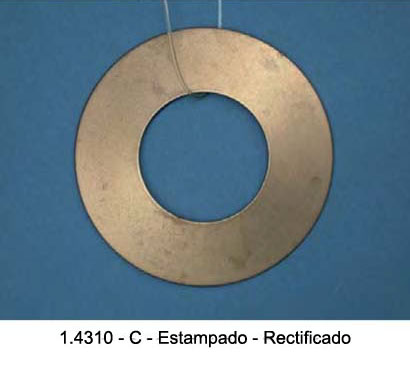 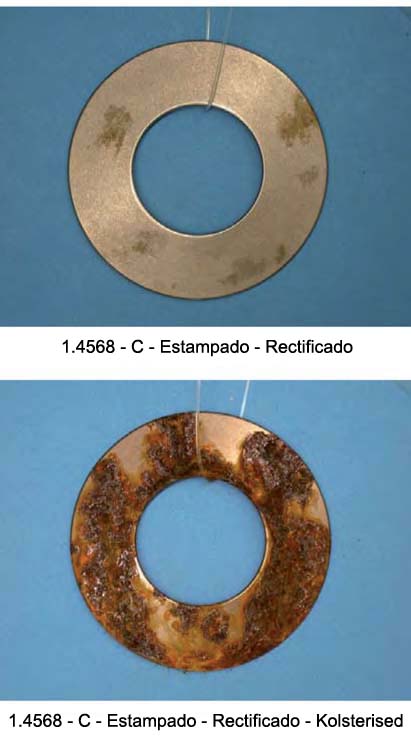 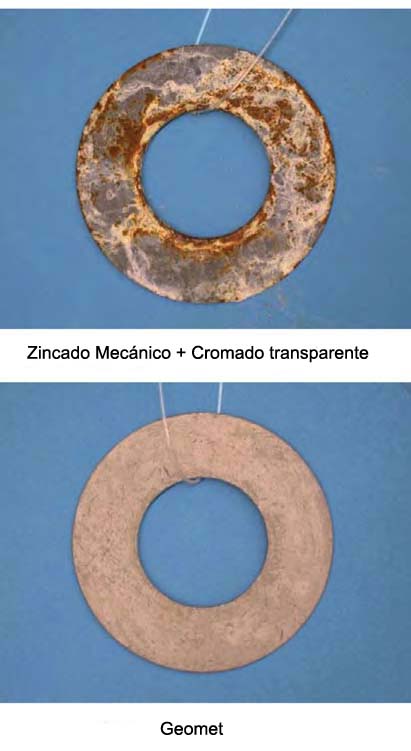 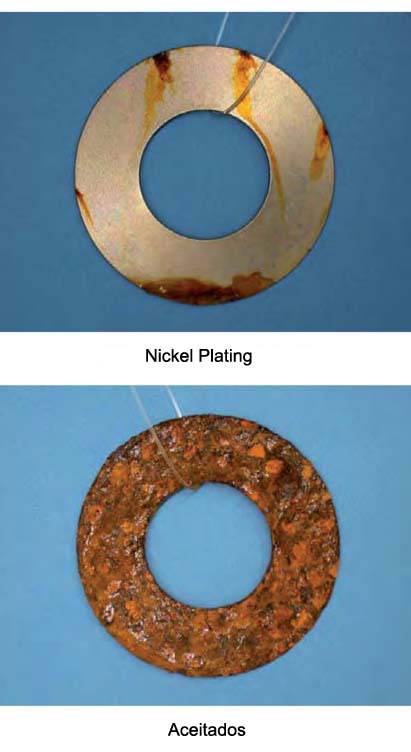 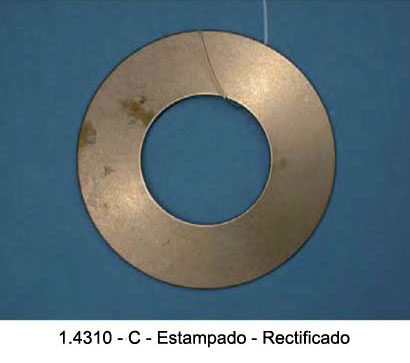 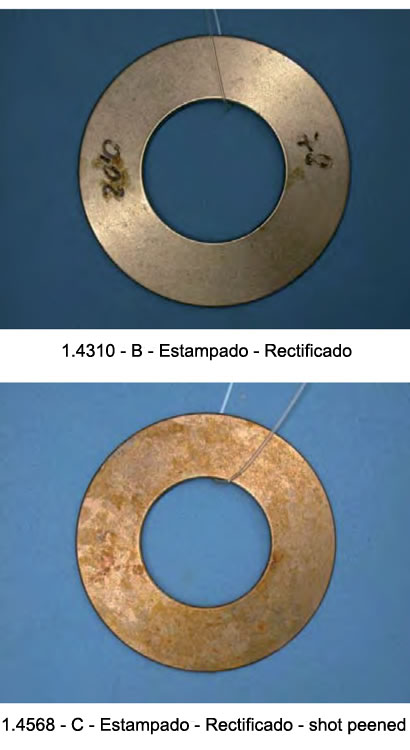 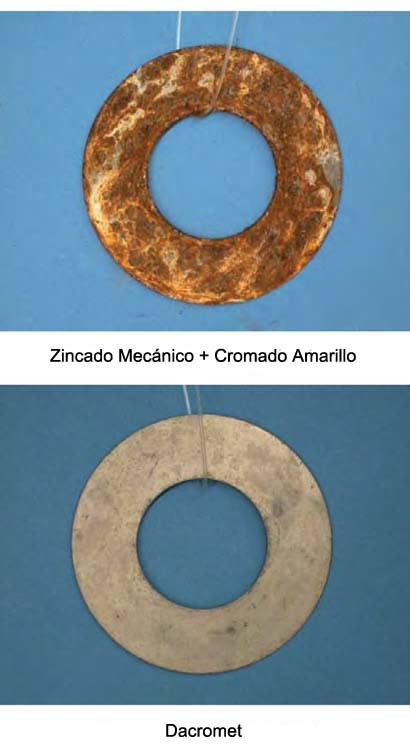 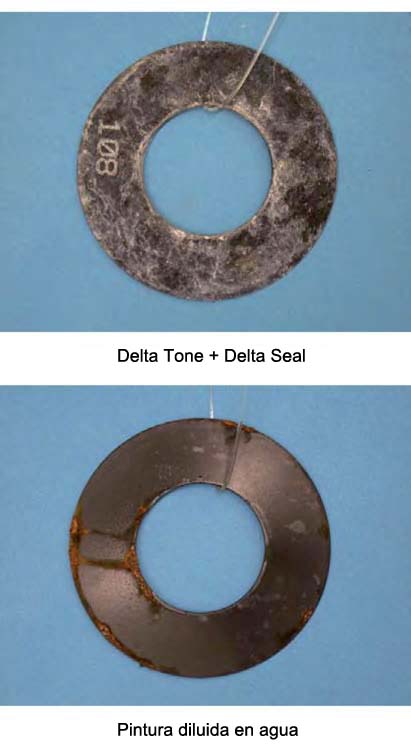 As we can see the belleville washer in stainless steel 1.4310 with shot-peened treatment shows no sign of corrosion. On the other hand, the other two pieces in 1.4310 show small brown spots on its surface. Similar to these two pieces occurs with the sample of 1.4568 without shot-peened treatment. The 1.4568 washer with shot-peened shows a worse condition than the previous ones. Finally the other sample at 1.4568 and kolterised is the most disadvantaged of all the stainless materials of the test, due to being covered by a layer of deep brown spots.

Regarding the coatings, they are Dacromet and Geomet, which have obtained the best resistance, and show no signs of corrosion, like the piece in 1.4310 and shot-peened treatment. The piece in Delta tone + Delta seal has responded to the corrosive attack, forming a layer of white dots, which indicates that the base material, steel, has not corroded. The washers with mechanical zinc coating have a more advanced state of corrosion. In the case of yellow chrome, the piece has been covered with a large number of brown corrosion deep spots; while the sample of transparent chrome, appears with some small brown spots and a large number of white dots. In the washer covered with water-soluble paint, as well as in the piece with nickel plating, there are imperfections in the coating at the edges, in the form of brown points of corrosion, which clearly indicates that the steel of the piece has been corroded. To finish, the washer that was only oiled has suffered a high level of corrosion on its entire surface.

In addition to this test, we selected four of the samples, specifically:

We apply 9 additional cycles, to complete a total of 13 cycles of the VDA test. Coming up next we see the photos of these four pieces at the end of the essay: 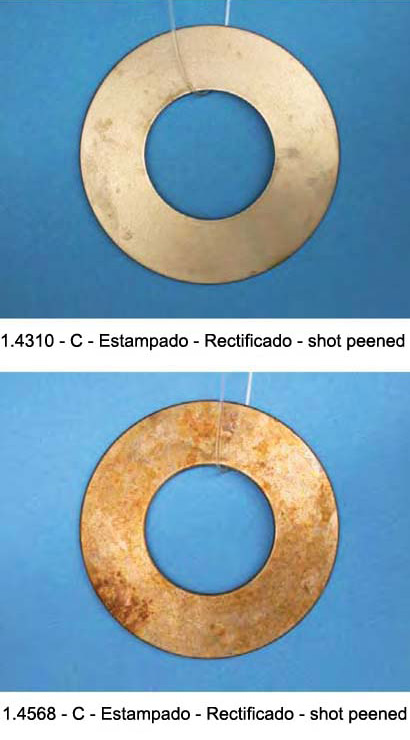 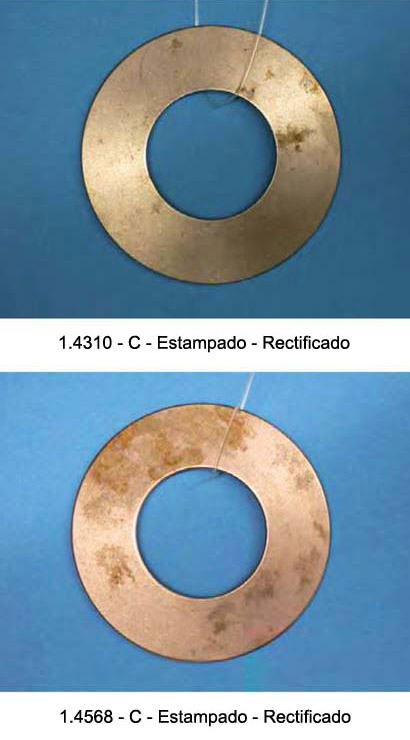 In these photos, we see that the pieces in 1.4568, especially the one that has shot-peened treatment, have shown a lower resistance to corrosion during this test regarding the washers in stainless steel 1.4310.

In this case it is interesting to note, that the pieces in stainless steel 1.4310, as well as the pieces with Dacromet and Geomet coating, have a better resistance to corrosion than the rest of the samples. The steel parts 1.4568 have offered a lower resistance to corrosion and the parts with mechanical zincado, oiled and 1.4568 Kolterised are the most vulnerable in the VDA test.